I’ve felt compelled to write this latest blog post as a result of the #IAmAFeministBecause on Twitter.

Rather than join the hashtag itself and get subjected to the trolling and hate Twitter has become a useful platform for, I have decided to use my blog as a platform for my own thoughts on Feminism.

What surprises me, still, in this day and age is that a number of men are still so full of hatred towards women. They still see us as inferior, weak and not worthy. The every day misogyny and sexism that continues to prevail is something I have to fight against on an almost daily basis. In its most casual form, it is part of office banter, a good laugh with colleagues that can be forgotten about and doesn’t really mean anything. Or does it? Casual sexism and misogyny might be seen as a bit of harmless fun but it’s rooted deep in the origins of hatred towards women.

In its most severe, hateful and brutal form we have the violence perpetrated against women of all ages, races, colours and beliefs the world over. Young girls on the African Continent subjected to the horrific ritual of Female Genital Mutilation, in India, girls as young as 5 forced into arranged marriages, sometimes with boys/men more than three times their age, war torn countries where “soldiers” and guerrillas use rape as a weapon, in some cases, purposefully infecting the victim with HIV and “honour killings” in Pakistan where the girl has been perceived to bring shame upon her family. In the UK, particularly in run down, rough areas where gangs are rife, girls are passed around groups of boys as little more than a sexual play thing to be abused and disposed of on a whim. Many of these girls experience grooming, sexual abuse and rape at an alarming frequency from a young age.

I could go on, and as I said, these are the most severe examples.

So, bra burning and “I hate men” slogans aside I think it’s time that those men who are anti-feminist should better educate themselves on why the feminist movement exists in the first place. Why, in the 21st century, it is unacceptable for human beings to be treated in such a derogatory way purely on the basis of our gender. If women hadn’t been constantly subjugated, abused, oppressed and maligned throughout the centuries we wouldn’t need to campaign for equal rights. I agree that some feminists are perhaps too militant which doesn’t do much for the rest of us but it doesn’t mean that they don’t have a valid point and how about understanding what it is that drives their passion?

All of these mysogynistic men should remember one thing; they wouldn’t have been born were it not for the mother who carried them. 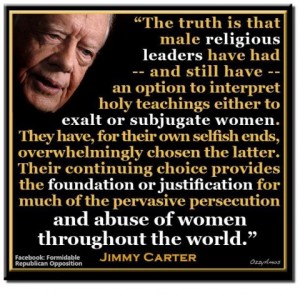 Worked from our snazzy new offices in London today. Not a bad view!
It feels like a while since I last posted about anything to do with writing. 💭 Ok, it HAS been a while!
Delivery from @worldofbooksltd today. Bit of a departure for me, I opted for mystery thrillers, and these all look like great titles! 📚 📖
A rare selfie. I don’t like selfies as a rule, I’m my own worst critic. I have low self-esteem, low self-confidence and body dysmorphia. I’ve spent a lot of this week thinking about how the bullying I went through in school and early adulthood, has been a contributing factor to my mental health issues. It still affects me profoundly, the scars are deep. I’m not sure I’ll ever get over it, but I’ll always know in my heart, that karma will one day pay a visit to those who deserve it.
I’m currently in limbo. My editor has been on holiday so I’ve got another couple of weeks to wait, which is fine. I’m in no rush, and I’ve needed the break. Depression has me in its grip again, so that sucks as it takes away my motivation for writing.
Course materials received for my degree which starts in October!