A week ago today, I placed my pen down, closed my notepad and realised, “I’ve done it. I’ve actually written a book!”

How anti-climactic it felt, this huge achievement, that there was no fanfare, no ticker tape and, more importantly: no wine, (an oversight that has now been rectified). I wanted to cry with joy both at finishing the damn thing and completing it in the most ordinary of places: the sofa.

One of the biggest lessons I’ve learned during the writing process is that the first draft isn’t perfect, it’s never meant to be perfect. The first draft exists as the progenitor to all other drafts that come. It bears the main crux of what the story is about, who the characters are and where they’re going. What I will need to work out over the coming months is how to expand on that story further, flesh out the characters, trim the fat and tighten it up into a real page turner.

I have written the story I would want to read; that much is true. The characters who have taken up residence in my head finally have breathing space and purpose, they’re free to run amok and create chaos in the world I have created for them.

I have written 37 chapters, two of which are the prologue and epilogue 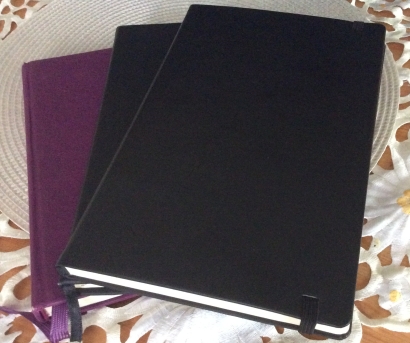 , 90,820 words (80,000 original target) over three notebooks (I write long hand) and dedicated as much time as I could over the last five years to getting my book written.

My story has had many incarnations over the years. When it first popped into my head in my mid 20’s  it had a very different plot but the characters were basically the same. I used to write on a digital typewriter so the pages were there instantaneously but, life, as you know, has a habit of getting in the way on occasion so I dipped in and out of writing for years before really getting down to it.

Even as a kid I used to write but I was very plagiarist back then (even though I didn’t know it). I once wrote a story called The Secret of Sarah Willow which was directly influenced by the fabulous Wolves of Willoughby Chase but at least I was exploring the ability to write. Who knows, I may return to that story one day and write it from my own imagination and not that of someone else.

What next? According to my research and other writers I’ve connected with via places like Twitter the main consensus is to have a break from the book (someone said two months!) so I can go back to it with a completely fresh outlook. I’m not sure I can wait that long as I’ve written in such fits and starts over the years that sometimes I’ve left it more than two months between chapters so I’m thinking a couple of weeks might be in order. The prologue was written in 2012 and having glanced at it recently, I’m pretty sure that it will need an overhaul as will most of the very early chapters.

But, how many drafts and rewrites should I do? Do writers get to a point where they think, “That’s it, I can’t do anymore?”  or do they keep going?

Should I find an editor first or beta-readers? An agent or a publisher? (I’m thinking to try for an agent first). Is self-publishing better than e-publishing? What’s a good way of marketing my work?

It’s safe to say however, that, if I ever had a bucket list; then writing a book would definitely be on it and I can happily tick it off

I appeal to anyone with a modicum of sense to stop taking as gospel, the continuing smear campaign perpetrated against Jeremy Corbyn by the right-wing media. It’s time these people woke up and smelt the coffee.

Let’s start with the “news” papers shall we? It’s in their interests to keep the Tories in power so their owners can continue their lavish lifestyles and demonise anyone who doesn’t toe the line of Tory rhetoric. 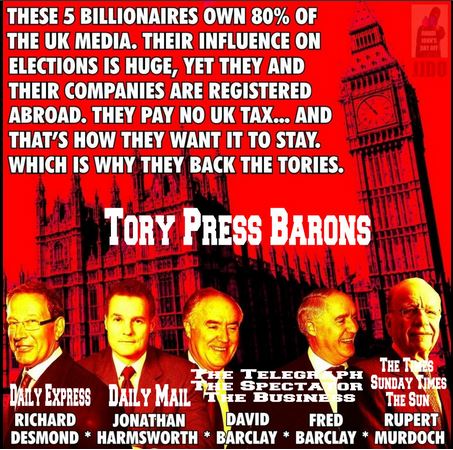 So, if you read The Sun, The Daily Mail, The Telegraph, The Times or any of their subsidiary publications you are being manipulated by their unfair and completely biased reporting. It’s also scary that you would allow yourself to take what they spoon feed you as absolute gospel. Why would you allow this instead of getting the facts for yourself?

Which brings me onto my next point. Corbyn being painted as a full on supporter of the IRA and terrorist sympathiser. This is simply not true and again, why are people believing what is being spouted to them by the gutter press? Why not go and investigate the facts for yourself? Corbyn has condemned violence on all sides of the struggle and supports the fight for peace when it is conducted in a civilised non-violent manner. I could be photographed in a room full of Tory supporters (gods forbid) but it doesn’t make me a Conservative (hell no!) Corbyn believes in round the table discussions and diplomacy, he doesn’t believe in violence.

When it came to Hamas and Hezbollah, Corbyn is being vilified for the use of the term “our friends.” You know what? It’s a colloquialism, not a reference to them being best buddies. He was hardly going to invite two opposing factions for a discussion and refer to them as “our enemies” was he? That wouldn’t have been very diplomatic would it?

People forget that back in the 80’s, Margaret Thatcher was friends with General Pinochet and Robert Mugabe. Ruthless dictators responsible for the torture, imprisonment, murder and displacement of untold thousands.

Now, I don’t pretend to be the most politically savvy person to walk the earth but I’m savvy enough to know when facts are manipulated and fiction is presented as truth. These are the reasons why I don’t read the newspapers.

So, where do I get my information from if not the “free press”? Well, I’m connected to a lot more politically savvy people on Twitter than myself, I research and read independent publications and blogs and I’m so bloody minded that I will always stand by my views.

I also have the benefit of experience. Of growing up in a poor family of Tory controlled Britain in the 1980’s, seeing first hand what the Tories were capable of even then. Having a parent be one of the 3 million unemployed because cuts made to British manufacturing meant no job came without the threat of future redundancy. My parents suffered massively in those days and as a young child, I didn’t fully understand what we were going through. I grew up on a council estate, on benefits, free school dinners and hand me down clothes whilst my parents worked hard, scrimped and struggled to achieve a better life for our family.  Every single penny mattered to us, where it came from and what it was spent on. I would never wish that kind of existence onto another family but it’s still happening today and when I hear people being told to “work hard”, I just think, “some have to hold down two or three jobs to get by, if that’s not hard work then what is?”

For the NHS Jeremy Hunt wants a U.S. style system where it’s all done through insurance but a glimpse at a medical bill in the U.S. is heart stopping and those bills come in the second a patient sees a doctor or gets into an ambulance. Imagine having to deal with that if someone you love had just died in a terrible accident or you were on life support and returned home to thousands of pounds worth of debt? What if you couldn’t even afford the insurance? What then?

I’ve heard people say, “don’t have kids if you can’t afford to pay for them”. I think that’s such a crass, sweeping statement that generalises and demonises poor families into one category: “scroungers”. This makes my blood boil. Family situations can change at any time; you could be ticking over nicely until the company you work for decides to close its doors and relocate to the Far East in favour of cheap labour and manufacturing costs. Mass redundancies  in one area has a huge impact on unemployment figures and social funding. Thousands of people in one town or city aren’t suddenly going to get snapped up for the same jobs elsewhere. So what, there are people who do scrounge (I believe they’re called bankers, hedge fund managers, billionaire non dom tax exiles etc) but if you’re thinking of those who pop out a couple of kids to get a council house, remember this – they are the minority and do not represent the majority of those in need but it’s just too damn easy to bully the less fortunate isn’t it? 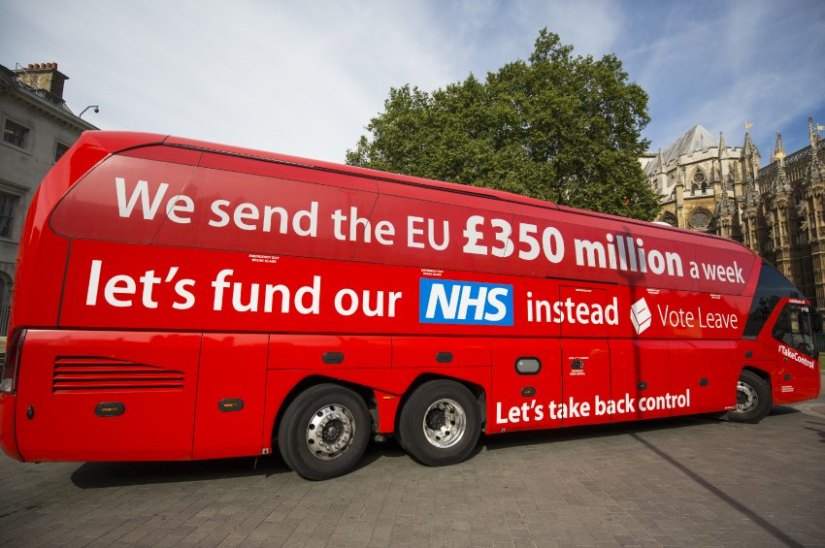 If you’re voting Tory because of Brexit then I have to ask you, what makes the NHS, public services, emergency services, schools, the disabled and mentally ill (all of whom have suffered extreme financial cuts) far less important than whether or not we belong in the EU? Where has that magical £350 million a week for the NHS disappeared to? (It was on a big red bus if you remember).

What about the environment and the terrible damage caused by fracking when it’s clear that renewable energy is the way forward? What about animal welfare? 80% of the British public opposes fox-hunting but we’re being ignored. The Tories have even dropped their pledge to ban the ivory trade condemning elephants ever closer to extinction.

Does any of this matter to you?

If it does, give it some thought. You might change your mind, you might not. The decision is yours but don’t let the media and the press make it for you.

Word reached the SKWAWKBOX during the writing of this article that the has been trailing that it’s ‘going big’ on Jeremy Corbyn at 10pm this evening. If it’s preparing another IRA-related smear after it disgraced itself with its ‘Blood on hands’ attack, which appeared after the terrible events in Manchester on Monday, it’s going to have egg on its face.

The is not the only right-wing publication to attempt the same smear. Another rag carried a cartoon showing masked terrorists campaigning door to door for the Labour leader.

Such smears could not be further from the truth – which the SKWAWKBOX brings you exclusively.

This blog has spent a significant part of this month talking to various people on both sides of the republican/loyalist divide, digging to get cast-iron confirmation, from people who were there, of one core fact:

Jeremy Corbyn’s was an envoy of the British government who…

Seen some gaming posts so adding my tuppence worth!
This question on a Facebook group has prompted my latest musings.
It’s been a tough start to the year, I’ve got a lot to deal with in my personal life which is impacting my creativity.
Had my new sofa delivered on Thursday.
Apparently, to be read anxiety is a real thing.
Total girlie fluff, or my next obsession?